Samrang Kchao, M.D. – President and Member of Board of Directors

Born in 1948 in Siem Reap, Cambodia. He graduated from Lycée Sisowath in 1966, and received an M.D. degree in 1973, from Faculté de Medecine in Phnom Penh. He is a retired  general surgeon in New York, USA. Dr. Kchao is married, with three children . He has served as the first President of CEE Foundation for 2 terms from 2006 to 2011. 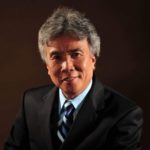 Serey Mao – Member of Board of Directors

Serey Mao was born in 1954 in Kandal Province Cambodia. He is a Khmer Rouge Regime survivor, he immigrated to Australia in 1979.  He finally moved to the US in 1981 and married his love, Sokhanno Mao on 1983.

From 1984-2000, he worked in the telecommunication industry for companies such as American Photonic,CT; Epitaxx, Inc.,NJ; and JDSU Corporation.NJ His focus was mainly around manufacturing and engineering. Since 2001, he currently holds a position as Manufacturing Manager for Princeton Optronics, NJ.

Serey currently lives in Newtown, PA with his wife and two daughters. He enjoys playing and watching golf, dancing and spending time with his friends and family. He is also the founder of the Philadelphia Chapter for the Cambodian Children’s Fund .He currently holds a position as Manufacturing Manager for Princeton Optronics, AMS group.

Chip (Chiep) Tan – Member of Board of Directors

Born in 1947, Prey Kabbas, Takeo, a former teacher and a survivor of the Killing Field, Chip Tan came to the US in 1979. With his extensive experiences in Rural Community Development, he is employed in Social Services field. He has involved in Khmer and Asian Pacific Islander community, at a local, regional, and national level. He has received several awards in recognition of his involvement in raising fund to buy 45 new computers and to provide financial support for poor students at Phni Meas High School, raising fund to build schools and temples in Prey Kabbas, Takeo, and in leading a fight against Cambodian deportation. An alumni of Lyceé Sisowath, Chip Tan graduated from Kampong Kantuot Teacher Training Institute in 1968, attended Law School, Phnom Penh, in 1972, Community Development Training in 1970-1974, and City University, Bellevue, WA, School of Social Work in 1982

Bunkorn Yun – Member of Board of Directors

Born in Takeo province, in 1953 , currently living in Montreal, PQ, Canada, Licence Es Sciences Commerciales (B Com) and Licence es Sciences economiques from Phnom Penh University in 1975. Bunkorn also earned his graduate studies from Ecole des Hautes Etudes Commerciale (HEC) in Montreal, Canada. He has been president of Chamber of Commerce Cambodia- Canada since 2003 and VP of Congres des Cambodgiens du Canada since 2005. Currently he is the president of Fondation Enfants Cambodgiens, an organization dedicated to help the Cambodian orphans since 1995, board member of Fondation du Centre Communautaire des Cambodgiens de Montreal (F3CM.com).

Semi-retired he dedicate most his time to promote & teach Divine Dharma Meditation (DDM).

I am Chandy Say.
Born and raised in the capital city Phnom Penh, Cambodia in 1959
Attended Sosowath high school from 1971 – 1975
Lived under the Communist regime from 1975 – 1979
Came to the US in 1980 – resided in VA
Graduated from Northern VA Community College in 1984
Got married in 1984 and moved to Maryland
Blessed with 3 children.
Moved back to Virginia from Maryland in 2002
Started my working career in the banking industry from 1982 – 2002
Currently working for Northrop Grumman as a sub contractor for United States Citizenship & Immigration Services